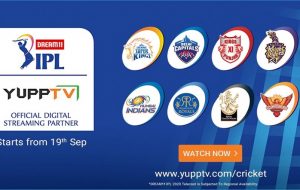 Indian Premier League 13th season aka Dream11 IPL 2020 is going to commence from 19th September 2020 in UAE. It is one of the most expensive cricket Leagues throughout the world. IPL tournament brings together the top players all over the world. After the likes of One day and T20 World Cups and the Ashes series, IPL is the only cricket tournament that garners attention from cricket fans all over the world. The tournament usually lasts for a month and a half every year keeping the cricket lovers glued to the television.

This IPL season consists of 8 teams representing eight cities in the country. The teams are named Delhi capitals, Kings XI Punjab, Kolkata Knight Riders, Mumbai Indians, Royal challengers Bangalore, Sunrisers Hyderabad, Chennai Super Kings, and Rajasthan Royals. All the teams have a stronger fan base due to the amalgamation of players that they constitute.

Delhi Capitals, previously called Delhi Dare Devils changed their name in 2018. DC gave a strong competition last season but didn’t achieve the title. This season of IPL will be captained under Shreyas Iyer. Delhi Capitals team comprises of Shikhar Dhawan, Shreyas Iyer, and Shimron Hetmyer, who can provide more stability to the team. And they have Prithvi Shaw, Carey, and Marcus who can battle any bowling attack. The team has great Bowlers like Chris Woakes, Ravichandran Ashwin, Ishant Sharma, Amit Mishra, Kagiso Rabada, and Axar Patel.

Kings XI Punjab is a team that has huge potential but lacks the same in performance. They have reached into finals twice in 2008 and 2014. In 2014, they made it up to the top but lost at the hands of the Kolkata Knight Riders. Last season they have won 6 matches and lost 8 out of the 14 in the leagues. Chris Gayle and KL Rahul will lead this season by making more runs. And they have enough fire powers like Nicholas Pooran, Mayank Agarwal, Glenn Maxwell, Gowtham Krishnappa, etc., for winning the match. The absence of Ashwin might make an impact on the team but the team now has bowlers like Mohammad Shami, Sheldon Cottrell, and Ravi Bishnoi.

The match between Delhi Capitals and Kings XI Punjab is going to be an exciting one because of the players involved. Being one of the best teams in IPL both the teams comprise young players who are determined to win hard this year. The Kings XI Punjab vs Delhi Capitals match is scheduled on 20th September 2020 in Dubai International Cricket Stadium.

Watch Delhi Capitals Vs Kings XI Punjab Live on YuppTV at 7:30 PM IST from Continental Europe (excluding UK & Ireland), Australia, Malaysia, South America, and South East Asia (excluding Singapore). Download the YuppTV App to watch entire IPL 2020 Live on Smartphones and Smart Televisions. You can watch the Dream11 IPL 2020 Live for Free if you subscribe to any of the Indian Channel yearly packages on YuppTV.