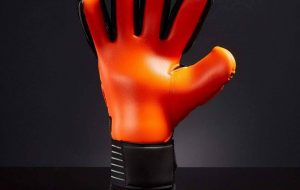 Goalkeepers wear gloves for enhanced grip and greater control of the ball. While modern technology has made them highly effective, goalie gloves weren’t always in common use. In fact, they have an obscure history stretching back to the late-1800s.

While the first goalie gloves appeared in 1970, the idea of protecting the hands and increasing grip effectiveness are much older. In fact, businessman William Sykes patented the first football gloves in around 1885.

Even though Sykes managed to patent his designs, he never mass-produced them. It would take more than 50 years before keepers opted to wear goalie gloves in matches. The first goalkeeper to do so was Amadeo Carrizo from Argentina. He wore cotton gloves in the 1940s and 50s.

Carrizo wasn’t the only goalkeeper to wear gloves in his era, but he was certainly the most prominent. Interestingly, he was also the first keeper to leave the penalty area, passing the ball to teammates and taking part in open play. Today, this style is called the “sweeper-keeper” and is a feature of the game at all levels. Germany and Bayern Munich’s Manuel Neuer are perhaps the leading exponent of the “sweeper-keeper” role.

In the 1966 World Cup, England’s Gordon Banks wore gloves and was the first to advocate their use in matches. After the tournament, he experimented with many different types of gloves. Four years later, in 1970, he wore the first purpose-made goalie gloves.

Made of cotton and covered with rubber slips, he would inspire many other goalkeepers to wear gloves in the future.

His understudy, Peter Bonetti, received the first personalised brand. Sondico wanted to push for broader glove usage, and many other sports brands were eager to promote their own products. Adidas was among the other companies that developed new and innovative types of goalkeeper gloves.

At this point, many goalkeepers chose not to wear gloves. It would take many improvements before they truly became a standard in the game.

Despite the gloves becoming more mainstream, it took another decade to integrate new features. The first was wrist support straps, which offered extra protection from powerful shots. The straps also kept the latex covering from moving, enhancing the goalkeeper’s grip.

The next significant upgrade was the roll finger grip, which consisted of a layer of latex wrapped around each finger. Compared to the flat-palm glove design, it gave goalies a more secure grip of the ball. The stitching was placed at the base of each finger to prevent touching the ball and reduce damage.

During the mid-90s, Adidas introduced another new and innovative feature. The company developed the Fingersave Series. Plastic splints were inserted along the back of the glove fingers to offer more protection to the goalkeeper’s hands.

This feature reduced the impact that forced the goalie’s fingers to bend backwards. The splits significantly reduced the chances of injury and have influenced glove design ever since.

Since the days of Amadeo Carrizo and Gordon Banks, there have been many more advancements in glove technology. Manufacturers have developed specialised gloves and even returned to older designs to give them a new lease of life.

Gloves with little wrist support that maximise the range of motion are now available. Newer latex palm gloves have a negative cut design. Instead of stitching being on the exterior, it’s now all within the glove for a tighter fit and increased control.

Today, there are hundreds of different goalie glove models available. With improvements in grip and overall performance, they are rightly seen as an essential piece of equipment for goalkeepers of all levels. From training gloves to matchday gloves, a goalkeeper’s kitbag isn’t complete with the latest in cutting-edge designs.

If you’re interested in the finest gloves in the industry, checkout our website. We only stock excellent products that help you become the best goalkeeper you can be. 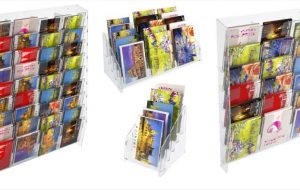 For many of us, antique postcard offer a certain nostalgic charm that’s almost impossible to come by through modern means of communication.

A lot can be said in just a few words, especially when you have the perfect image to back it up.

With Shutterfly, you can create custom postcard displays for your favorite childhood memories, vacation destinations, and more.

The best part? You get to choose how you want to display them.

The first thing you need to decide is what type of display you want to create.

The most common postcard displays are wall-mounted boards, scrapbook-style books, and table-top displays.

Each option has its pros and cons that may make one more appealing than another, depending on your needs.

Choose a photo collage template with up to nine photos per sheet. Lay them out as-is or use our easy-to-use editing tools to crop, add filters, adjust color, and more.

Select your preferred dimensions and paper type, and we’ll do the rest. When they arrive at your door, all you have to do is hang them on the wall.

A wall display is a great way to showcase a lot of postcards, but that may not work in smaller spaces or if you have a lot more that will fit on one wall.

In these cases, consider a floor display shelf. These shelves typically have three layers and can hold dozens of postcards without taking up too much space.

The top layer can be used for more significant postcards, while the bottom layers store less essential cards that you still want to display.

If you’re attached to a particular postcard or two, you can also display them by framing them.

You can get frames designed explicitly for postcards, but they’re just picture frames with matting around the edges.

You can also use regular picture frames and either cut out the center so the entire postcard can be seen or leave the center intact for a smaller one.

As you’ve discovered in this article, there are countless types of postcard displays out there waiting to be used.

Whether you want to display your photos, capture your family’s adventures, or even keep track of memorable moments from a vacation, a postcard display may be the perfect solution.

There’s no need to shell out hundreds—if not thousands—of dollars for big, fancy scrapbooks when you can achieve similar results for less.

And who knows? You might find that your postcard display ends up outlasting all your old scrapbooks as well!