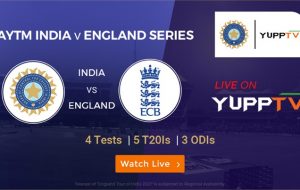 England Tour of India comprising of 4 Tests, 5 T20Is, and 3 ODIs is scheduled to happen from the 5th of February to the 28th of March. This means cricket lovers can soak themselves in the adrenaline-pumping moments of the game for almost two months. The matches have been organized in three venues across India and will happen without the presence of spectators.

India’s spectacular victory that made history in the team’s Australian Tour had raised the expectations on the team’s performance. As the team also bears the added advantage of playing the home ground, it is imperative to think that the performance will be superlative. With the return of players like Virat Kohli, Ishant Sharma, and Hardik Pandya who missed the tests in Australia, there is only one conclusion that any cricket expert can draw, “the team is going to be unbeatable”.

Along with the above-mentioned players, young Indian players like Rishabh Pant, Shubhman Gill, Washington Sundar, Mohammad Siraj, etc., that have led India to its historic victory in the Test Matches against Australia are all currently included in the announced test squad. With the likes of Cheteshwar Pujara who stood against the Australian Bowler like a wall, Ajinkya Rahane who led the team to victory in the absence of Virat Kohli, Rohit Sharma, and Mayank Agarwal the Indian team is at its best shape to face England in the upcoming test.

England has recently finished its tour of Sri Lanka where it clean-swept the two-test series against the home team. The English captain Joe Root the best performing player in both the tests is at the peak of his form along with Jos Buttler, Dominic Sibley, and others. The team is on a victory high and will be joined by pacer Jofra Archer and All-Rounder Ben Stokes to face India. While players Jonny Bairstow, Mark Wood, and Sam Curran are being rested for the Indian tour, other players like Stuart Broad, Moeen Ali, Rory Burns, Zak Crawley, etc., are a part of the announced Test Squad.